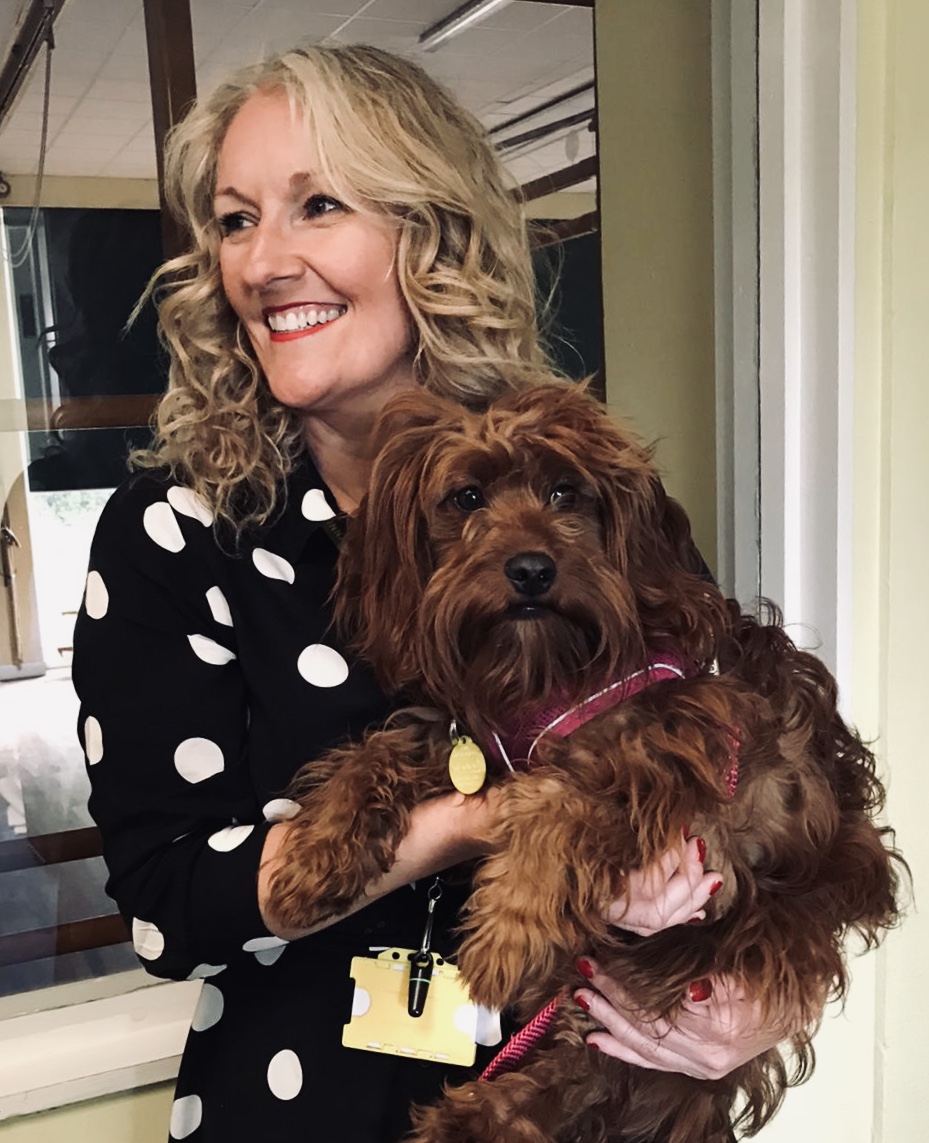 The Story of Toffee

Many years ago, Miss McGann had a dream about having a school dog. She didn't know what type of dog it would be or what it would be called, but she knew that a school dog would make the staff and children very happy. And so, she set about doing some research. The school needed a dog that wouldn't grow too large, was good with children, good natured and didn't shed fur.

One day, she was standing at the school gate at home time, and met a ruby cavapoo puppy called Chester and instantly thought, 'That's the type of dog we need!' After speaking to Chester's human mummy, it became clear that a cavapoo ticked all the boxes. Miss McGann contacted the same breeder that Chester came from, and started the ball rolling.

Miss McGann needed to speak to a lot of people to see what they thought. She spoke to parents, she spoke to staff, she spoke to other Headteachers who had a school dog and she spoke to governors. The only people she didn't speak to were the children, because she wanted it to be a surprise.

After many, many months, in Spring 2019, Miss McGann went to visit the breeder who had 5 puppies. Because Miss McGann had been talking to the breeder for so long, she got first pick. Miss McGann had decided that a girl would be best for the school and, luckily,  there were three girls in the litter to choose from. The first one was very tired and spent the whole visit fast asleep. The second one was red and white and very cute, but a bit small and a bit timid - was this the right kind of puppy to be a school dog? The third puppy was under the sofa but then came out to say hello. She was confident and friendly and seemed quite bold. There was just something special about this one. This was the one that would become Toffee, the Connaught School Dog.

And so, the decision was made and Miss McGann couldn't wait to tell the children. She called them all together in the hall and told them that she had some exciting news. She said that a new pupil was going to be starting at Connaught, and then she showed the children a picture of the puppy. There was a stunned silence, and then all the children cheered! What a happy day! Next, Miss McGann sent a letter out to parents, explaining about our new pupil and asking each family to suggest a suitable name. There were so many suggestions, but they were narrowed down to four; Lollipop, Dolly, Betty Boo the Cavapoo and Toffee.

In July 2019, Miss McGann went to pick up the new puppy and bring her home. She had decided that Toffee was going to live with her and come into school every day to see the children. During an assembly outside on the astroturf, Miss McGann announced the news that Toffee was in the building and then Mrs Saunders walked out with her to introduce her to the children. They couldn't contain their excitement! But the puppy still didn't have a name.

So, Miss McGann emailed the four suggested names to the teachers and asked them to organise a vote with their classes. The emails started coming back in with the children's favourite name, one after another - Toffee, Toffee, Toffee. There was no doubt which one was the favourite. And now, whenever people ask Miss McGann why she named the dog Toffee, she always says, "I didn't name her, the children did!"

Toffee has been such a wonderful addition to our school and constantly lifts our spirits. She is truly loved by all. Below are some pictures showing Toffee's journey with us so far. If you would like to follow Toffee on Twitter, you will find her on @tweets_toffee. 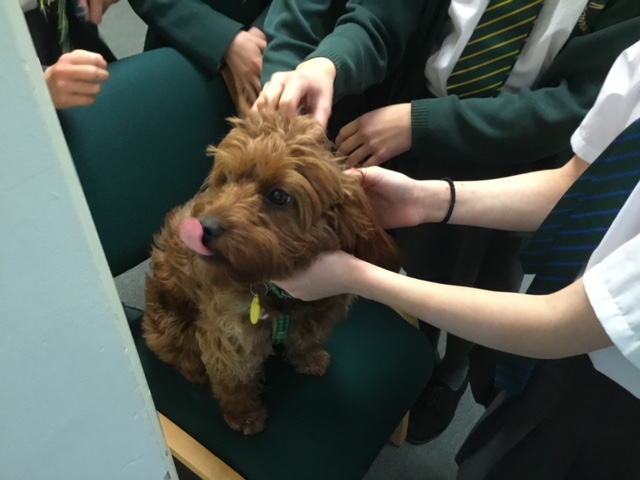 And I'm famous too!

If you would like to be a Toffee Monitor, you need to apply to Miss McGann and get permission from your parents or carers. Watch the Toffee training video below to ensure you know how to handle her and what she does and doesn't like.