At Connaught Junior School we aim to provide opportunities for children to develop their knowledge and understanding of Christianity and the other principal religions represented in Great Britain. We explore issues within and between faiths to help children understand and respect different religions, beliefs, values and traditions within cultures and communities. Children work together, listen to each other’s ideas, and realise that their own experiences, attitudes and values may be different from those of others.  Tolerance is taught through a greater understanding of the similarities and differences between different faiths and religions.

We teach this by recognising diversity in religion, similarities and differences and the importance of tolerance and respect is taught. Pupils may also begin to consider moral, ethical, global and philosophical issues, and where appropriate they may also encounter non-religious belief systems such as Humanism. Where possible, we make links to our Creative curriculum topics.

Pupils at Connaught become knowledgeable about world religions and develop a respect for other people's beliefs, including those who have no religious faith. Respecting the beliefs of others, and respectfully debating or disagreeing, is one of the British values by promoting tolerance for diversity and equality.

Through themed weeks, weekly assemblies, PSHE and RE lessons, we celebrate differences and similarities throughout the year. Our core value of Caring ensures that all children, staff, families and visitors are welcome at our school. Our curriculum drivers permeate every area of the curriculum with equality and diversity especially highlighted in the drivers of Caring Community, British and Global Citizens and Identity and Uniqueness. 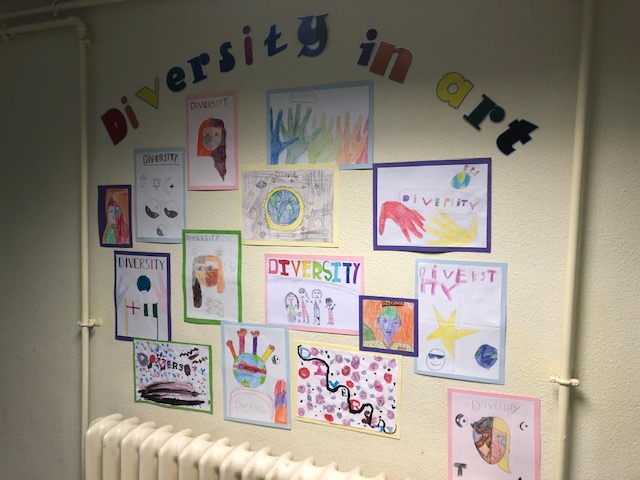 − self-awareness  − respect for all− open-mindedness  − appreciation and wonder

Respect for all in Religious Education includes pupils:

"I think RE is taught well at Connaught because the teachers are open to different beliefs but equally want you to understand what others believe."

Our Local vicar regularly comes in to school to celebrate these key events with us. (This is currently suspended due to COVID restrictions.)